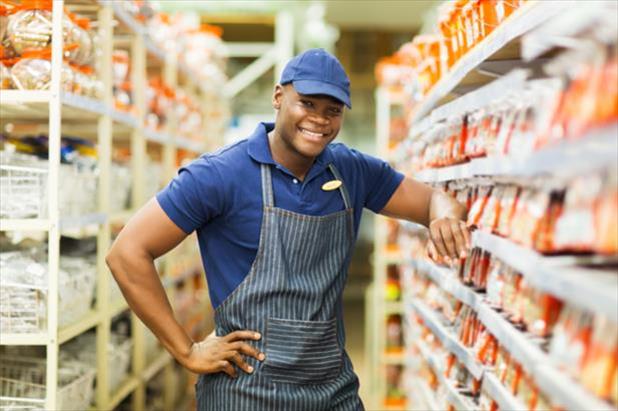 The Evolution of Retail: Employment Opportunities for 2017 & Beyond

When sales at traditional brick-and-mortar stores came in lower than expected following the 2016 holiday season, many industry experts claimed it was further proof of the negative impact of online shopping on in-store retail. The prevailing wisdom was that the increase in online shopping would hasten the evolution of retail from focusing on store-based sales to more of a reliance on ecommerce.

The fact that in-store holiday sales increased by only 1.4% over 2015’s numbers while online sales jumped by 14% compared to the prior year had many alarmists shouting that the battle of retail vs. online shopping had been won and retail sales jobs would go the way of the milkman. This simply isn’t true. While the evolution of retail is slowly inching toward ecommerce, retail employment is still projected to expand at a rate of 7% from now through 2024.

Since its inception, ecommerce has steadily increased in popularity and taken up a larger percentage of total retail sales with each passing year. However, it’s important to keep in mind that online shopping still only accounts for approximately 8.7% of retail sales worldwide. In the US, that number is a bit lower at 8.4%, but that doesn’t mean the impact of online shopping on retail has been reduced in any way.

Since 1999, online sales have grown each year at an average clip of 16.45%. It’s clear that ecommerce will continue to slowly eat into more and more business at brick-and-mortar stores. With the rise of smartphones, more shoppers now have instant access to retailers, and mobile’s influence on the retail climate is still in its infancy. By 2020, online shopping is forecast to make up 15% of total retail sales. While that’s a significant number, it also means that 85% of retail transactions will still be done the old fashioned way.

In addition to weathering the impact of online shopping on retail sales, many businesses must also adjust to demographics that are constantly in flux. This could represent much needed good news for many retailers. The three customer segments that will contribute most to sales growth display different behaviors and shopping tendencies, but all three offer significant opportunity for merchants to make up lost ground.

Households led by people over the age of 55 number more than 47 million and account for the majority of spending growth in critical categories like food (92%), housewares (73%), and apparel (56%) according to a 2013 McKinsey Global Institute analysis. However, although baby boomers will drive significant growth, they have a tendency to spend disposable income on services and experiences instead of physical products.

Spending by Hispanic consumers is forecast to double by 2022, making up almost 20% of total retail spending. This substantial growth offers opportunities for retailers because Hispanics spend at least 1.5x more on children’s apparel, footwear, and fresh food. Savvy businesses have already begun marketing directly to Hispanic shoppers, and more merchants will (and should) follow suit.

As 15% of US consumers, millennials are another customer segment whose purchasing power and influence is growing. These shoppers will account for 30%+ of total spending by 2020 and, as the first generation that grew up with the Internet, social media, and smartphones, their buying behavior will play a huge part in determining the future of brick-and-mortar retail vs. online shopping.

In the ongoing showdown of traditional retail vs. online shopping, there have definitely been winners and losers. Retail sales jobs have been created and lost based on good or poor decisions by many storied brands who were either early adopters of ecommerce or slow to see the writing on the wall. A quick look at a list of the top ten US retailers from 1990 and 2012 show the impact on companies that embraced the ecommerce model (Amazon) as opposed to brands that did not (Kmart, Sears). 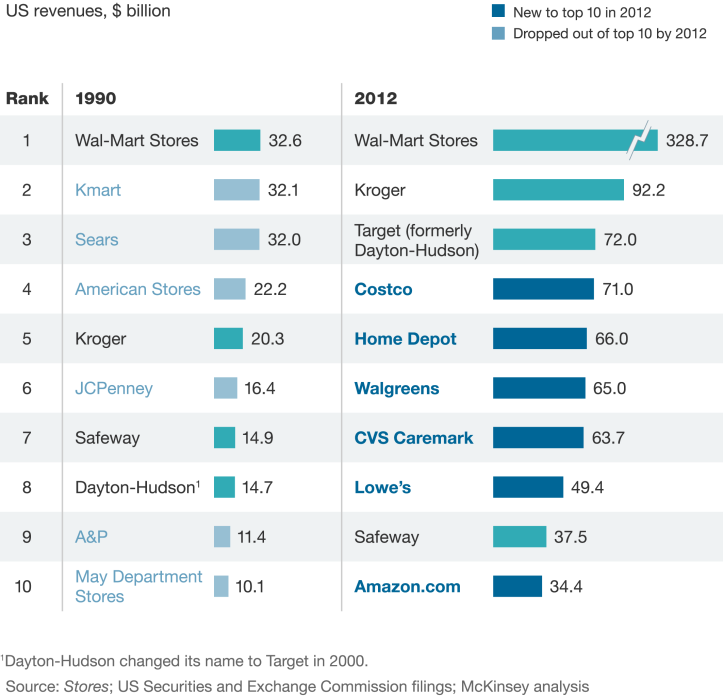 As the evolution of retail continues and more businesses move to a multichannel (or omnichannel) approach, many retail sales jobs could potentially be impacted. It must be noted, though, that other retail employment opportunities will be created: more shipping/receiving specialists will be required to fulfill and deliver orders, software developers will be in demand to create and maintain ecommerce sites, and customer service representatives will be needed to field calls and online chats from customers. The retail career path will still be a viable one, but the continued evolution of retail may necessitate a different set of skills in the future.

Search for openings on iHireRetail to learn more about the types of opportunities that are currently available, including roles in customer service, warehouse and distribution, marketing, operations, management, and more!

Sign In or Register to access all articles and insider tips for help in your job search. 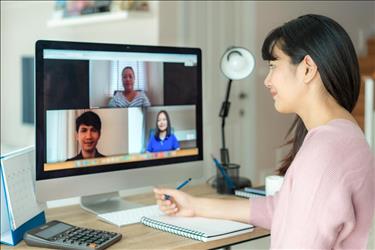 Preparing for a virtual interview? This practical checklist walks you through each step, and tells you everything you need to know about impressing interviewers via video.

How to Become Successful: Your Computer is All You Need

Ask a Career Advisor: Should I Remove Dates from My Resume to Prevent Age Discrimination?

Ask a Career Advisor: Do I Need to Include a Cover Letter With My Job Application?

Target Your Dream Job: Aim to Achieve These 7 Goals This Year [Premium Webinar]

Sign In or Register
to access all articles and insider tips for help in your job search.